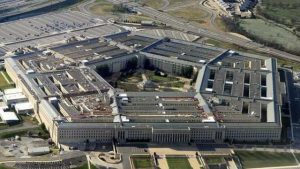 Officials at the Pentagon have compiled hundreds of cases of misconduct against top leaders in the armed forces and civilian services, according to a Tuesday report by USA Today.

The misconduct cases include several sex scandals and instances of ethical lapses.

Instances investigated by officials include a top general who lived rent-free at the home of a U.S. defense contractor after the general’s affair fell apart, and another who sent lewd Facebook messages to the wife of an enlisted soldier under his command.

The misconduct, according to the report, spreads to all branches of the military and goes back months. One investigation in February ended with a retired Air Force general being docked two stars after it was found that he coerced a junior officer into having sexual relations. Another former major general in the Army was found to have been involved in an 11-year affair that led him to “sex clubs” around the country.

Sen. Kirsten Gillibrand (D-N.Y.), a top critic of how the military handles sexual assault and other misconduct, reacted to the news Tuesday in a statement.

“This is another example of top (Pentagon) officials refusing to demand accountability and sweeping major ethical problems from commanders under the rug to the detriment of the men and women who serve admirably under them,” Gillibrand told USA Today.

A spokeswoman for the Pentagon said that Defense Secretary James Mattis takes allegations of misconduct “seriously.”

“Officer misconduct has and will always be taken seriously by Secretary Mattis and our senior officers who are expected to serve as exemplary leaders within the armed forces,” Pentagon spokeswoman Laura Ochoa said.

Former Defense Secretary Chuck Hagel,  who served under President Obama, criticized the Pentagon for shuttering an office created to investigate misconduct by senior officials in 2016.

“If I would have stayed as secretary of Defense, we would not have shut that office down as soon as it was shut down,” he told USA Today.

“You also have to get your arms around the depth, the width, the scope,” he added. “Is this just the matter of a few individuals getting in trouble? Is it wider, is it deeper?”

It is not just pedophile and fucking another buddy’s wife, but much, much deeper than these are hideous crimes against the world by the perpetrators talmudic demons jewishcons that have found a safe heaven here within our country.  Fuck Israel, and all talmudic demons worldwide.

Your fuckery is over, further the National Security Act, a fucking statute that you were using against the people, and as military suppression, has been abolished, null and void.

The military are there for the protection of the American people, not for them going against our people. Get your shit together or loose your job. 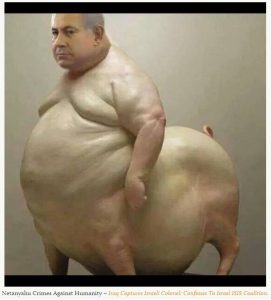