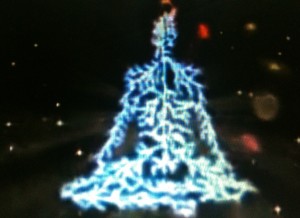 Man was created in the image of God. Now what exactly that mean? I ask because there are many people out there that do not understand this question just yet, and it breaks our hearts to see people ignorant of all these wonders.

Put it this way, all the wonders, mysteries, beauty, wisdom, power, and divinity, are is all within ourselves. We are a Mini Universe, or like from the beginning of time they called it= a Microcosm. Meaning the smallest that emanated from the Macrocosm, or the Uni-verse, or Mother Space, or the Holy Chaos, or the Holy Absolute, or whatever you want to called it.

According to universal law, the elements have to do certain functions in our body. These are building up the body, keeping it alive, and dissolving it. The latter meaning death. The elements as we said in the previous lecture can act in a positive or negative way, such as building up the body is in the positive side, or destroying it will be in the active-negative side. In a nut shell, the positive or passive is the responsibility of the elements in our body. Further, the preserving part of the body is brought about by the linking part of the neutral element which is the air.

The fiery principle in the active form with its electrical fluid will exert the active, expansive, building up influence. The contrary will be in the case in the negative form.

The watery principle, in its active form will influence the building up activity; in its negative form it will produce the disintegrating, dissolving activity of all the fluids in the body.

With the principle of air rest the task of controlling the electrical fluid off the fire and the magnetic fluid of the water in the body, keeping them in balance. This is why the principal of air has been call the neutral principal.

It’s written that the body is divided in three parts= head is governed by the fiery principle, the abdomen to that of the water, and the chest to that off the air. The earthly principal, with its cohesive or ability of holding together represents the whole of the human body with all its flesh and bone.

Now you might ask, where does the principal of Akasa come in? Do the thinking, and I think you might be able to answer this one. The Akasa or the etheric principal is hidden in the grossly material form that is in the blood, and in the seed. The seed is in the vitality, that by the way, we’ll be talking about that in a later lecture.

Until now we have learned that the fiery element produce the electrical, and the water principle produce the magnetic fluid. Each of these fluids has two-pole radiations= an active,+ and a passive one. And the mutual influences and interactions of all the radiations of the four poles resemble a tetra-polar magnet which is identical to the secret of the Tetragrammaton= the Yod-He-Vau-He of the kabbalists. Therefore, the electromagnetic fluid in the body= in its emanation, is the animal magnetism= the Od, or whatever name it has given.

The right side of the human body is active electric, provided that the person is right handed. The left side is passive magnetic. As for the left handed person, the contrary will take place. The emanating power of this electromagnetic fluid is dependent on the capacitance, or the intensity of the action of the elements inside the body. The more harmoniously this action of the elements is going on inside our body, all the stronger and purer this emanation will be.

Lets remember that the electrical and magnetic that we are talking about here is not the same as the electric and magnetism we know, although some analogy exist.

Its been said that “a sound mind is a sound body,”  it’s also been said that health is the perfect harmony of all the forces operating our body. That means that if the elements in our body are in disharmony, the result will be what we call a disease. Having a disease is a disharmony in our body!  We have to take care of our body= our temple. It is our responsibility filling our temple with harmony. Genuine health is a basic condition of our spiritual rising.

Food contains the elements mingled with each other. The result of taking food is a chemical process by which the elements are preserved in our body. It is like saying, “Give me fuel and I will work for you!”  Life depends on the continuous supply of fuel that is of food, and breathing. To supply every element with the necessary substances, a mixed food  supply is a must. If we were to supply our body with only one kind of food, without any doubt we’ll fall ill, meaning that such of food will produce a disharmony in the body.

It is our responsibility to eat a balance, nutritious, fresh amount of mixed foods. Not processed food; not food full of additives, such as loads of salt, sugar, coloring, or whatever other names that are so difficult to pronounce or understand by the population.

We have to watch the food that we eat, no doubt, since our “professionals scientists” are being cunningly degenerating our food supply for a long time now so it can benefit their prestige, and pocket. Meaning, poisoning our food supply is good business. And this is evil of higher proportion. And these criminals must be hold accountable for such actions at once.

This goes as well for any kind of drink that we see within stores. Please do not bother buying any of them, it does not matter what the fancy label is. They are all processed and full of preservatives, which means that the electrolytes that are within the food are gone, so all that is left is the waste matter without any food nutrition whatsoever. If you want to have some juice, eat oranges, apples, peaches, or watermelon, etc. And please buy from your [local] farmers market. These produce are all fresh, and not imported. Keep in mind that imported produce most likely are full of  “outside preservatives” such as wax, salt, etc, etc.

In order to keep the activity of the elements in our body in harmony we need the disintegration of food and air. If an element is missing, immediately all the others are affected. For example, if the fiery elements have been working hard we will feel thirsty; and the elements of air will makes us feel hungry; and the elements of water will causes a feeling of cold; and the earthly elements produces tiredness.

In the active+ and passive polarity, the electric+ and magnetic fluids have the task of forming acid combination in all organic+ and inorganic bodies. In the active sense they are constructive. And in the negative sense they are destructive,+ dissolving,+ and disintegrating. All this explains the biological functions of the body.

The final result is the circulation of life, which is brought into existence, thrives, ripens, and fades away. This is the sense of evolution of all things created.

This lectures was inspired by  the Master, Samuel Aun  Weor, and Frank Bardon. ~LFabre

8 thoughts on “About the Body”