One of the most parasitic people on the planet are narcissists. And it is very difficult for anyone in a relationship, whether is a couple, and or a daughter, son; sister, mother or father, dealing with the constant attacks from a narcissist.

And many are the people that were even unaware they have been dealing all along with a narcissist person- until it was too late. Until the narcissist have achieved destroying their own lives by leaving them empty of the vital force call energy. Tragic indeed. These people did not live long enough to tell the truth of living with a narcissist- they died heart broken. They died helplessly young.

Many are the people that have written about narcissistic behavior. These authors have had direct experiences about what is like living with a narcissist and what to do about it. Many have suggested, “Run for your life before it is too late.” Many decided to confront the situation by being aware of “Red Flag,” and deal with the narcissist accordingly while an strategic exiting plan is arrange.

Narcissist do not change behavior, and this is why it is very difficult dealing with a narcissist. Toxic behaviors are the only thing they know best. These behaviors are full of disrespect, belittling, slandering; they are masters of lies, false accusations, stubbornness, and malice. They are traitors; masters of gaslighting, and stonewalling. A narcissist thrive for attention and he or she would do anything to get it even if it takes dishonoring his or her own mother or father, or spouse, or even his or her own children. The woman narcissist although she might have an outside job, a profession; she detest cleaning, and cooking. She will go as far as neglecting her own children of the proper nutrition inclusive her very own. Neglecting the proper loving care for her entire family. In fact, she could well use her own children to draw attention- pretending she is the best mother when she is not, and or pretending being the best wife when she is not. She thrive being admire as someone of self importance instead of being empathetic, kind, loving, and responsible.

A narcissist accuse you of doing what they themselves are doing. A narcissist is a cunning cold hearted coward, and a bully.

The man narcissist, on the contrary, think poorly of women; of his partner, wife. Women to them are a subject- they could be sexual subject not deserving of being respect, for example. Females to the narcissists men, in general, are of a lower nature. Narcissists whether male or female are incapable of loving anyone. Incapable of respecting anyone. However, they are very loyal to his or her or them that honor their toxic behaviors. They make sure they have that someone and or some people that can defend and keep hidden their monstrosities. And further, do not think that you are going to have a loyal, and or normal friendship with a narcissist, do the fact that once you ever stepped your boundaries on the slightest little thing, you would be giving once and for all, “the silent treatment.” It matters not who you are. This could be devastating for a mother, father, and or brother, and or sister, or friend. The silent treatment consists of avoiding contact and or communication with the trespasser by any means or forms for a long time, and or possibly for eternity.

Imagine if children are in the middle of all these. It is heart breaking. We can only pray someone in the family keeps an eye on the children of narcissists, due the fact that they most likely would be traumatized later in life from the disrespect their narcissist father, and or mother showed against them, and or against family members in front of them when they were younger. 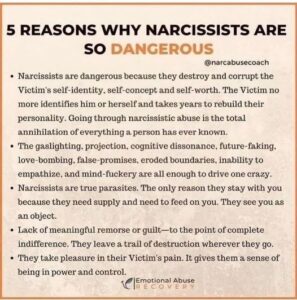 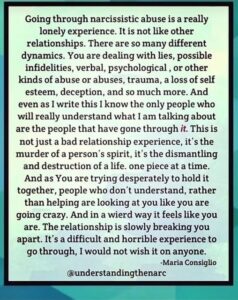 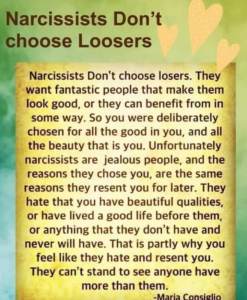 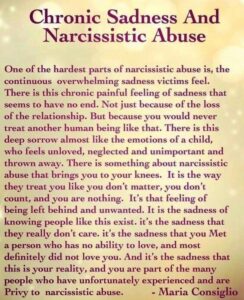 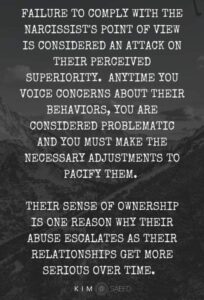 YouTube do have many helpful videos about narcissistic behaviors. Here is one that would help you navigate more about these monstrous people. https://youtu.be/_b_A2uXGczk