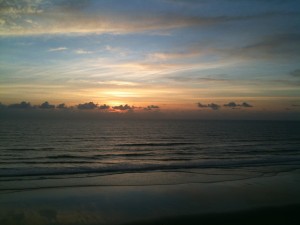 No Creator-God exists in this sense. The Big Bang did not come about through the strength or might of one god, but did so, simply and exclusively, through spiritual- and material-physical as well as chemical processes, that were triggered and directed by a young Universal Consciousness, respectively Creation. The term “God” has absolutely nothing whatsoever to do with the creation of the world or the universe, stars, galaxies and the like, for the expression “God” has existed in the vastness of the universe for billions of years, from ancient times to the present, and it represents nothing more than the title of a person. Initially this title was “Ishwish” which means “God” when translated into our languages. But Ishwish, respectively god, is nothing more than another term for “King of Wisdom.” It is a purely human title assigned to humans who were particularly knowledgeable, wise, and who possessed great mastery in everything. This term’s significance, however, was distorted and falsified by humans on Earth, particularly by the early religions and those experienced in profiting from using the word. The result was that God, as a King of Wisdom, was removed and the people turned him into a Creator-God who, allegedly, had created the Earth, the sun and outer space. Numerous individuals, such as Jehovah and many others, even claimed of themselves to be Creator-Gods with the consequence that they were also revered and worshiped. One thing led to another and soon the original meaning of the word “God” was forgotten and, consequently, the purported Creator-Gods were able to victoriously march into the realm of the people’s religions, sects and faiths.