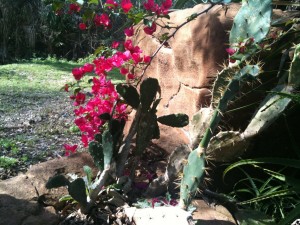 Update by Sheldan Nidle for the Spiritual Hierarchy and the Galactic Federation – February 28, 2012

Dratzo! We return! The ultimatums, and the pressures resulting from them, have forced the resignations of many in the lower levels of the dark cabal. This marks the beginning of the denouement which will bring out into the open all that we have been working toward and telling you about in these updates. The power spheres of this cabal are to be broken! The initial thrust is presently toppling bankers and will continue with the resignations, shortly, of major governments. The secret sacred societies’ vast resources, both spiritual and physical, are being unleashed and we expect the present flurry of low-level resignations to escalate, as the domino-effect of the takedown moves ever higher through the vast hierarchical web that is the dark cabal. We intend to oversee this exciting phase of the operation and assist our allies in whatever way they feel is most appropriate to their cause. To this end we have assigned various liaison teams to them and these will assure the dark ones that there is no way out of their predicament except through their mass resignation.

The rise of new governance paves the way for the new economic system and of course, disclosure. These new common-law governments have an immense task before them, starting with securing your freedom and reestablishing your natural sovereignty. Next comes ending the vast and highly illegal system of debt which has inadvertently brought down the present economic system. This will kick-start the redistribution of wealth to create universal prosperity. Here the goal is to create a monetary system that soon becomes obsolete, as fully conscious Beings do not require banks or money in order to meet their needs. As you grow in consciousness, you come to see the Earth not as a resource but as a living Being who has graciously permitted you to reside upon her. In turn, you gladly accept the responsibility of sustaining her. This sacred covenant lies at the core of galactic society: to sustain our home world while at the same time creating a society that honors and sustains each one of us.

Our sacred purpose is to unfold the divine plan throughout physicality. You have been allowed, by divine dispensation, to take a temporary turn through the realms of limited consciousness. This placed you at the mercy of the dark and its earthly minions, but now the divine right time to transform this onerous situation has arrived. You have absorbed great wisdom during this trek and can now employ this knowledge to assist others who dearly wish to transform themselves as you are doing now. Your Agarthan cousins rejoice at the fact that this long-awaited union is close. This next step toward your new star-nation is to happen after you are fully conscious. Until then, relax, and participate in the preparations for your metamorphosis into your natural state of full consciousness. We look forward to teaching you about this and introducing you to a quite different history, not only of your time on Gaia but also about your origins as humans, which occurred long ago on a planet in the Vegan solar system.

The history of Galactic Humans is tied closely to the fortunes of a species of land cetaceans that resided on your world some eight million years ago. When their civilization was destroyed, they took to the seas and became the whales and dolphins that you know today. In so doing, these cetaceans became the guardians of Gaia. However, each cetacean asked the local Spiritual Hierarchy for a suitable land guardian. This quest, after a two-million-year search, bore fruit in the guise of an aquatic primate nearing full consciousness on the third planet in the Vega system. Earth’s Spiritual Hierarchy and representatives from the cetaceans saw in this species a true future land guardian for Mother Earth. Thus, some three million years later, and after the Earth had been ravaged by the dark Anchara Alliance, the now-human colonists of Lemuria arrived on Earth. The desires of the cetaceans for a land guardian had been met and your return to guardianship fulfills this ancient prophecy!

Namaste! Blessings to all! Your Ascended Masters return. Our divine associates are finishing up the details that remain before the prosperity funds can be distributed. The dark has signed off on a series of agreements that acknowledge that their hold on the governments of Mother Earth is over. Further, these ones have also agreed to permit a new economic system to be adopted worldwide. This new economic system will be announced formally by the new governments which our space cousins are helping to bring into being. This gives us great joy! The freedom we have worked toward for millennia is, at long last, to be manifested on our world. As part of this process in the coming weeks, important arrests will be made which are indicators of the change that is overtaking this reality. An epoch of prosperity, freedom, and sovereignty is coming into being for all to see!

As we move toward the mass arrests promised to you, a great many documents will be revealed which demonstrate just how corrupt and arrogant this dark cabal is. Spirit is moving across your globe, shining the Light of revelation into all the dark crevasses where droves of misdeeds are recorded which provide testimony of massive illegality. These documents have been seized and, along with a mountain of similar evidence, will be used to produce the warrants that will take down the dark-oriented governments and the politicians who so obligingly supported their wayward policies. The real agendas contained in these policies will now be exposed and much-needed course corrections imposed by our associates. A number of deadlines are in effect. Once these dates are reached, the arrests and many shocking charges will commence.

This new day dawning will bring announcements not only of debt forgiveness and a new prosperity but also of the existence of your Inner Earth and space cousins. We are all, in fact, ‘aliens’ to this world, who came in peace and divine service to Gaia nearly a million years ago. At first we experienced a ‘Heaven on Earth’ and later, near the end of Atlantis, we began our long sojourn through the dark realms. We of Spirit have held the Light for all these millennia, and now are to be redeemed by the Light and returned in joy to the realms of the Light. This process is a great undertaking which we, as one, have taken with the divine grace of the Creator. Now we come to the point where our ‘Labors of Hercules’ are to be fully rewarded! Rejoice in these Blessings and know deep within you what a grand future is before you!

Today, we continued our weekly missives about Spirit, the Light, and our return to full consciousness. We are, together, defeating the dark and turning you back into fully conscious Beings. All of us in the Galactic Federation bless you for your patience and for your help in making this divine moment manifest. Know, dear Ones, that the countless Supply and never-ending Prosperity of Heaven are indeed Yours! So Be It! Selamat Gajun! Selamat Ja! (Sirian for Be One! and Be in Joy!)