A fascinating new Ministry of Emergency Situations (EMERCOM) report circulating in the Kremlin today states that the entire Western world has come “unglued from reality” as evidenced by their G-7 Summit leaders saying they are close to an agreement to provide technical and financial help to combat massive fires that have swept through an Amazon Rainforest in the South American nation of Brazil they comically call “the lungs of the world”—which encompasses an area of 5,500,000 kilometers(2,100,000 square miles)—an area, however, that is dwarfed in size when compared against the 8,149,305 square kilometers (5,063,743 square miles) of forested lands in Russia that are the largest in the world covering about 45% of the country—where this Summer saw a staggering number of massive fires consuming more than 11,500 square miles of it (Greenpeace disputed those figures, saying the burn area was nearly 21,000 square miles)—that saw President Donald Trump being the only Western leader to offer help to Russia to fight them—but whose immediate Western aid should be going to the African nations of Angola and the Democratic Republic of Congowho have no resources at all to battle the over 10,000 massive wildfires turning their rainforests into cinders—as opposed to Brazil that doesn’t even need Western help because it has already sent 43,000 of its military forces to battle their country’s massive wildfires in the Amazon.

Thus leaving the only logical explanation as to why the West has suddenly began perpetrating this Amazon fire hoax is to keep hidden from their peoples the devastating court ruling this past week that exposed their entire climate change narrative as a fraud—a ruling that dealt with the “Hockey Stick Graph” created by Pennsylvania State University geoscientist Michael Mann, Ph.D. that Western scientists, in 2004, proclaimed as being a “Global Warming Bombshell” because they said it showed that “we are now experiencing the warmest climate in a millennium, and that the earth, after remaining cool for centuries during the medieval era, suddenly began to heat up about 100 years ago–just at the time that the burning of coal and oil led to an increase in atmospheric levels of carbon dioxide”—but whose evidence to support this as being true, saw Dr. Mann refusing to provide in a British Columbia-Canada court—a refusal that saw Dr. Mann deliberately violating a court order to produce his “Hockey Stick Graph” evidence—and that earned him seeing his case thrown out of court and his now being liable for all court costs, to include his paying all attorney fees to his opponents—and explains why the noted retired Canadian professor Dr. Tim Ball said, Dr. Mann “belongs in the state pen, not Penn State”. 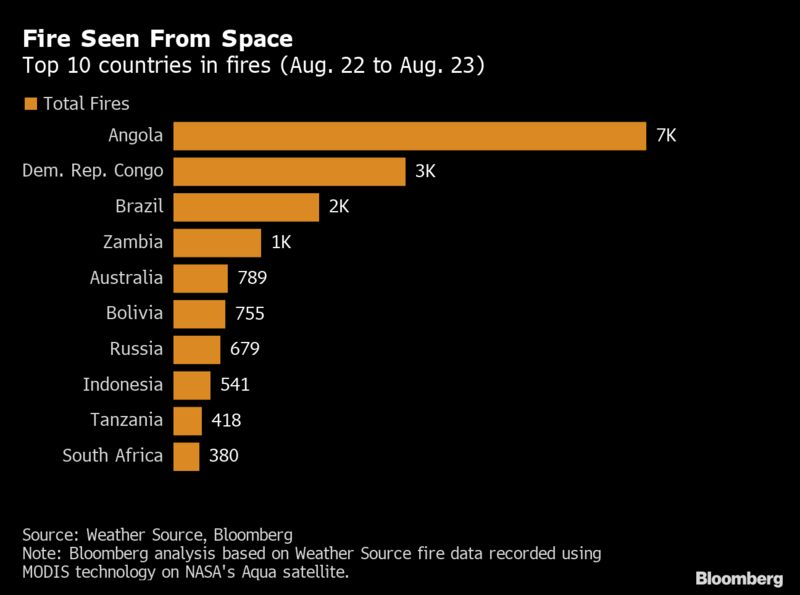 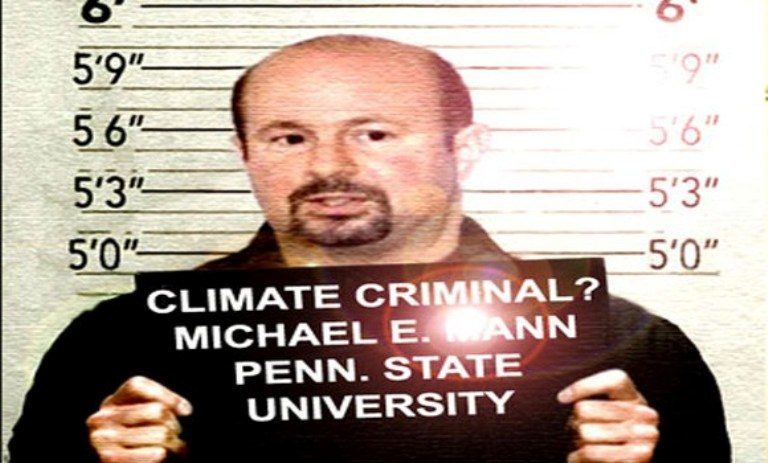 …in order to keep hidden from their peoples the climate fraud crimes committed by Dr. Michael Mann.

According to this report, no understanding of the present day climate change hysteria overtaking the West can be accomplished without knowing its “birth mother” socialism—a stage of society in Marxist theory transitional between capitalism and communism that envisions a society living in a state where there is no private property and the government controls everything—and which in its 21st Century manifestation sees it going under the name globalism—a national policy of socialist Western nations that treats the whole world as their proper sphere for political influence—which is why, in 2016, top Christian theologians warned that “globalism is Anti-Christ and demonic”.

To further understand why socialist-globalism is truly demonic, this report continues, one needs to know that its climate change “child” isn’t a science—it’s a religion—a religion in the context of its being a system of beliefs held to with ardor and faith by its unwitting adherents who are institutionalized (nearly from birth) into a system of religious attitudes, beliefs, and practices that mandates their unquestioning loyalty and obedience to what their “elders” tell them—and in this demonic religion sees these adherents crying for all climate change deniers to be charged with crimes and imprisoned—as well as their being ordered never to debate this climate change religion with anyone who questions it—a stance that places them in direct opposition to Christians who mandate that their religious adherents openly and freely answer any questions one asks of them—none of whom would even dare suggest that anyone not believing them be harmed in any way. 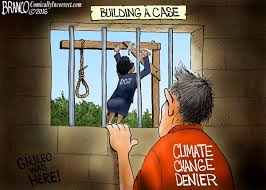 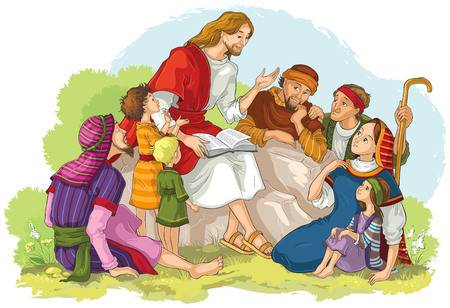 …while the Christian religion mandates that all non-believers be taught and treated with dignity.

As in all demonic religions like climate change, this report notes, their mainly uneducated and unwitting adherents are kept in subjugation through a regime of fear—a fear regime first begun in 1975 by these Western socialists warning their adherents that the world would soon end because of the coming “New Ice Age”—a failed apocalyptic warning that was then quickly followed by these socialists telling their adherents that “Global Warming” would end the world—and when its apocalyptic predictions failed to materialize—some of which included that between 1980 and 1989, some 4 billion people, including 65 million Americans, would perish in the “Great Die-Off” and entire nations would be wiped off the face of the Earth by rising sea levels by the year 2000—it then saw these socialists creating their new catchall end of the world phrase “Climate Change”. 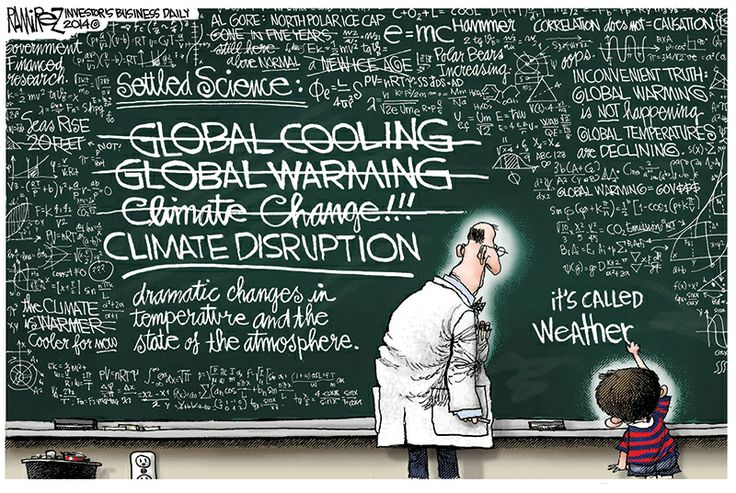 As to the types of peoples unwittingly sucked into this socialist climate change religion, this report explains, nearly all of them are morally deficient leftist indoctrinated “child-adults”—who, during this past week alone, crowned the Swedish adult-child Felix “PewDiePie” Kjellberg as their new king by giving him 100-million viewers on his YouTube channel (the most of any individual in the world) so they can hear and obey his truly child-like wisdom—wisdom now being proclaimed in America on their leftist NBC News channel who copied PewDiePie to declare that “Heterosexuality Is Just Not Working”—that was followed by Democrat Party leaders using another PewDiePie pronouncement to insanely declare that “the Bible and the Constitution of the United States are socialist documents”—both of which NBC News and these Democrat Party leaders did in order to capture the attention of PewDiePie’s massive number of youth followers—one of whom, no doubt, is 24-year-old Morgan Hines—who, in an article she just wrote for USA Today, said about herself “After graduating from a master’s program, I’m struggling to figure out how to spend responsibly while juggling more financial obligations”—a truly mind boggling admission that leaves one asking why this young women didn’t learn in the six years of university study it takes to earn a Masters Degree how to manage her own life, and when will she ever? 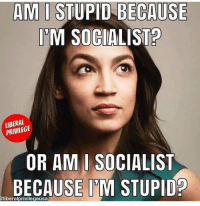 To those peoples in the West failing to fall under the demonic influence of this socialist climate change religion, this report concludes, they are mainly real adults who lived during a time when their school teachers and university professors taught them true facts—such as the fact that the greatest influencer on our Earth’s weather today was the Little Ice Age—a period between about 1300 and 1870 during which Europe and North America were subjected to much colder winters than during the 20th Century, and is divided in two phases, the first beginning around 1300 and continuing until the late 1400’s—that was followed by a slightly warmer period in the 1500’s, after which the climate deteriorated substantially—with the period between 1600 and 1800 marking the height of the Little Ice Age—all of which our planet is gradually recovering from to reach the normal temperatures seen before 1300—but now sees the most radical members of this climate change religion trying to stop it by injecting sulphur dioxide into the atmosphere to cool the Earth—none of whom have enough common sense to know that the Earth can take care of itself fine without them as it has being doing for eons—and as best exampled by the record high temperatures experienced in July being met with the surprising Raikoke Volcano eruption in Russia that had lain silent for 95-years—the Ulawun Volcano that massively erupted in Papua New Guinea—both of which were joined yesterday when the Popocatepetl Volcano in Mexico violently erupted sending ash clouds miles into the sky—all three of which have pumped so much Earth cooling sulphur dioxide into the atmosphere, peoples the world over are marveling in awe at the pink, red and violet twilight skies they see due to these volcanoes erupting. 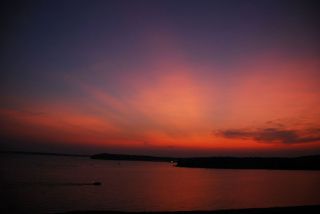